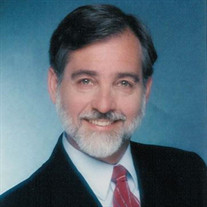 Obituary of Robert &#8220;Bob&#8221; Hill Fulford, Jr. Bob was a beloved husband, son, brother, cousin, and friend to all those who met him. He was a devoted family member to both the Fulford family as well as his wife&#8217;s Philips and Garrett... View Obituary & Service Information

The family of Robert Hill Fulford Jr. created this Life Tributes page to make it easy to share your memories.

Bob was a beloved...

Send flowers to the Fulford family.