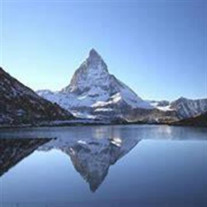 Ralph Leon Sawning, 65, of Tallahassee, passed away on January 18, 2022. On July 15th, 1956, in Orange Park Florida a legend was born. Ralph Sawning was brought into this world by his parents Stanley Irving Sawning and Thelma Rosalee Tucker. Ralph Sawning siblings are Kathy Ross, Wayne Sawning, Sheila Collins. He graduated from Ed White Highschool in 1974. Ralph married Mindie Cauthan August 1st,1974, they were married for17 years and had two Daughters Amanda Danyelle Sawning and Heather Elizabeth (Sawning) Wilson. He started is lifetime dedication of helpings others in the AFT at Duval teachers’ union as a representative. His professional career evolved into a national negotiator for the AFT. Ralph worked countlessly for equal pay and fair working conditions across the country and his family was always raised to understand you fight for those who can’t. He was a voice for many and in his growth, he found his own. He met his second wife, Elena Marie Gattatini who worked in the Union as well and her daughter Lelania Marie (Ottoboni) Watkins. He remarried and spent the next 32 years building his life with his wife Elena and family. He spent 27 years in the AFT and retired in 2011 he moved to Oregon to care for his mother-in-law with his wife Elena. While there he continued his education at Portland Community College to get his CPA certification and complete a lifelong goal to go back to college. (He was always driven to further his education by brother Larry Barnett and wife Kathleen when he was a teenager). While in the CPA program he volunteered his career skill set and was heavily involved in volunteer Adult continued learning program for PCC. In 2017 he moved to Tallahassee and attended TCC to further his education. He spent his last years enjoying his time with his family, new career/volunteering, and making great memories. We remember his conversations looking forward to his walks and time with Aunt Katie and Uncle Lee. His relationships with his dogs must be one of the most loving and loyal you ever seen. No one cared for his fur children like he did. For instance, he saw a poor puppy that had been hit and left on the side of the road. He saved her and took her in and come to find out she was deaf. He and Elena did everything they could to heal her and adapt to how she learned. His best friend was Mahigan, they learned so much from each other and loyalty like no other. He will be missed by Anati, Freya, and Oden forever and a day. His most successful role in life was as Maxumsa (Lenape)- Heritage was very important to him. He was an amazing grandfather full of adventure , the best jokes you ever heard, and was there for every milestone. They were his world, his pride and joy, and loved them all with all his heart. Bretlon, Brycen, Sage, Matthew and Madison will miss their beloved Maxumsa, but he will always be with them. He spent his life making sure others had the experiences and chances he never did. Some may not have known at the time but there was always a lesson that you learned. He worked to better himself even if painfully and to his core he believed in loving someone for who they were and worked to understand you… for who you were. He was so understanding and protective. He came in like the wind and set the tone in a room, you would have to know him to know the presence he commanded. He used his talents and his intelligence for good always. He had core values he instilled in his family loyalty, love and strength as a pack. We were his wolf pack. You were able to be perfectly imperfect but grow to be better, that took work honesty and empathy. He didn’t care if you were flawed, hint ...hint, we all are. He saw everyone as equals and had the right to be. Sometimes you had to fight for a seat at the table but that only earned his respect. It was a lifetime of beautiful growth that he was kind enough to be transparent on. He was our shoulder to cry on, our sounding board our homebase for many of us. He gave out of the kindness of his heart and most time over gave. He had many impactful relationships in his life us girls always heard about Bill Gossett growing up that was one of his best friends and honor, loyalty and respect was all you heard. Many people in his life were family or became family rather it was work family, people Ralph and Elena have taken in when in need, or step up when needed when you were at your lowest. Family was not limited to blood but love. He taught us to stand up for ourselves, work hard and never stop learning, and value relationship in many ways. He was the father he never had, the husband he needed to be, and the Great man he never thought he was to many. He was Maxumsa, Pops, Daddy, Poppa and the love of a life that will be forever missed and a day. The family is being assisted by James Sircy and Jackie Fulford of Young Fulford Funeral Home, Tallahassee, Florida. 850.610.4444 YoungFulford.com

Ralph Leon Sawning, 65, of Tallahassee, passed away on January 18, 2022. On July 15th, 1956, in Orange Park Florida a legend was born. Ralph Sawning was brought into this world by his parents Stanley Irving Sawning and Thelma Rosalee Tucker.... View Obituary & Service Information

The family of Ralph Leon Sawning created this Life Tributes page to make it easy to share your memories.

Ralph Leon Sawning, 65, of Tallahassee, passed away on January...

Send flowers to the Sawning family.