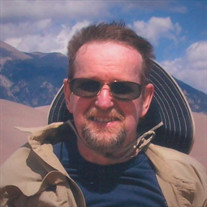 Michael Lee Mudd, 69, who was happily retired and living the dream with his wife of 49 years, Debbie (Elmore) Mudd, passed away unexpectedly on February 20 while snowbirding with Debbie on St. George Island, Florida. Mike was born to William Alvey Mudd and Mary Louise (Smith) Mudd on March 4, 1951 in Louisville, Kentucky. He called Louisville home for most of his life. Following his graduation from Desales High School class of 69, Mike joined the Air National Guard before settling into his career as an Union Journeyman Inside Wireman. Mike also worked in maintenance at UPS, Louisville,Toyota Motor Manufacturing and in supervision at Vanderlande but was most proud to be a third generation member of the IBEW Local 369 with over 45 years of service. Mike’s first love was his family: wife Debbie, son Jeff (Danielle), daughter Melissa King (Tim), his 4 grandchildren, Sophie and Ryan Mudd, Samantha and Colton King as well as his Mother Louise, 3 brothers and 2 sisters. Mike’s second love was anything outdoors. Throughout their marriage, just short of 50 years, and especially in retirement, Mike and Debbie have traveled regularly. A particular highlight of their travels was the discovery of St. George Island and spending every February relaxing for the last seven years. Mike’s passion in retirement was his hobbies: kayaking, cycling, camping and fishing. Mike also devoted much of his time to volunteering. He began his service work as a Big Brother mentoring young men and moved onto becoming a “side-walker” for less abled children riding horseback at Greenhill Therapy. Anytime Mike was asked for gift ideas for himself, he always encouraged donations to Greenhill, Home of the Innocents or St. Baldrick’s Foundation. Mike participated in St. Baldrick’s annual fundraiser for 17 years. For 17 years, Mike had his head and beard shaved to raise money to benefit research for children’s cancer. In the last year Mike participated, he was able to share the experience with two of his grandchildren. Samantha and Colton shaved their heads with PawPaw proudly beaming as he watched them. As the patriarch, Mike was designated as the all-time (albeit mediocre) quarterback for the Annual Mudd Bowl Game. Mike earned the spot after a series of near- career ending touch football injuries inflicted by less talented and possibly jealous family members. Stories of his game triumphs and defeats among the family is still a source of comfort, entertainment and laughters for his surviving family. In addition to those listed above, Mike is survived by his mother, Louise, his brothers Pat, Tom (Nancy) and Tony (Susan); his sisters Peggy Donnelly and Cathy Grimes (Denny); his mother in law, Norma Elmore and brothers in law: Steve (Marianne) and Brian (Carrie). Mike was preceded in death by his father, Bill; his father-in- law Mike and his granddaughters Mae Belle Mudd and Penelope Rose King, his Godparents Bud and Betty Braun. Mike never met a stranger and he had a perpetual smile upon his face with a twinkle eye, usually related to mischief. It was Mike’s wish to be cremated and have his ashes spread over his favorite kayaking places, Apalachicola Bay Florida and Taylorsville Lake Kentucky. Debbie, the kids, grandkids and his brother Tony and Susan bid muffinhead #1 a final farewell as the sun set on the bay Friday, Feb 26. Mike’s life is a celebration, now and forever. An actual celebration is being planned and will be held at a later date in Louisville, Kentucky. In lieu of flowers, please send donations In Honor of Mike Mudd to Home of the Innocents, Greenhill Therapy, or St. Baldrick’s Foundation. The family is being assisted by Skip Young and Jackie Fulford with Young Fulford Funeral Home and Crematory, Tallahassee, Florida (850) 610-4444 YoungFulford.com

Michael Lee Mudd, 69, who was happily retired and living the dream with his wife of 49 years, Debbie (Elmore) Mudd, passed away unexpectedly on February 20 while snowbirding with Debbie on St. George Island, Florida. Mike was born to William... View Obituary & Service Information

The family of Michael Lee Mudd created this Life Tributes page to make it easy to share your memories.

Michael Lee Mudd, 69, who was happily retired and living the...

Send flowers to the Mudd family.