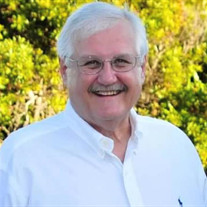 Kenneth Michael Towcimak October 7, 1942 – October 3, 2021 Ken Towcimak, 78, passed away on Sunday, October 3, 2021 after a year-long battle with pancreatic cancer. Ken was born in Ambridge, Pennsylvania on October 7, 1942, the son of William R. Towcimak and Leona Sabol Towcimak. Ken graduated from Ambridge High School and then received his Bachelor of Arts degree at The Citadel in Charleston, South Carolina where he was on the football and track teams. He made many lifelong friendships at The Citadel and it always held a very special place in his heart. After graduating from The Citadel, Ken served his country in the Vietnam War with the 4th Infantry Division of the Army. In addition to being awarded a Bronze Star, he was decorated for his two years of service as an artillery forward observer and specifically for his service at the Battle of Dak To. In 1968 after returning from Vietnam, Ken married his childhood next door neighbor, Carole Ann Tkatch. After their wedding, Carole and Ken moved to Miami where Ken earned his Masters of Business Administration degree and his law degree from the University of Miami. In 1974, Ken and Carole relocated to Tallahassee where Ken soon began his career at the Florida Department of Transportation (FDOT) as an eminent domain trial attorney, where he tried some of the largest eminent domain trials in the state of Florida. He was promoted to Director of Right of Way where he was responsible for acquisitions of all right of way property for the FDOT for more than 25 years. During his 35-year career at FDOT, he was named the best senior manager and was twice named the Outstanding National Right of Way Manager for the entire United States by the Federal Highway Administration. Ken also served as the Secretary to the American Association of State Highway Transportation Officials (AASHTO) and National Right of Way Chairman of the State Committee of Right of Way consecutively for almost 15 years. In these positions, he helped develop nationwide transportation policy with the Federal Highway Administration. Ken asked that we thank all of his colleagues at the Federal Highway Administration and FDOT for their help, appreciation and friendships over the years and the many ways that they benefitted his career and transportation policy. Ken was an adoring Grandfather and loved visiting his grandchildren and watching them at their many musical and sporting events. His most favorite time of the year was the annual family summer ‘beach week’ where the entire family gathered together. Ken loved cooking for friends and family and playing music. He taught himself piano and guitar at a very young age and played guitar for hours on end, every day of his life. Upon retirement, he learned to play the violin, which he affectionally called a fiddle because of his love of bluegrass music. Nothing made Ken happier than jamming with his fellow friends and musicians, which he did every week for many years, as well as playing community and charity events around Tallahassee. Ken wanted to thank all his great friends and associates that he’s shared such wonderful times with over the years. Ken also wanted to express his sincere appreciation for the staff at Shands Cancer Hospital, Tallahassee Memorial Hospital, Encompass Home Healthcare and Big Bend Hospice for the excellent care he received there and at home. Ken was preceded in death by his parents, William Towcimak and Leona Sabol Towcimak. He is survived by his loving wife of 53 years, Carole, who took wonderful care of him until the end. He is also survived by his three children and six grand-children, including his daughter Valerie and her husband Jeremy Hammerton and their two children, Henry and Anna Katherine of Atlanta, GA; his son Bradley Towcimak and his wife Renae and their son Murray of Charleston, SC and his daughter Natalie and her husband, Rob Sirianni and their three sons, Peter, Vincent and Teddy of Winter Park, FL. He is also survived by his brother Bill Towcimak, and his wife Suzanne and their children Bobby and Nicole, as well as his sister-in-law, Barbara Tkatch Zimmerman and her children, Vaughn and D.J. He had many cousins and extended family as well, who he always made a great effort to stay in touch with during the family reunions that he planned each year. A Celebration of Life will be held in Tallahassee on Sunday, October 10 from 1:00 – 4:00 pm at Bradley’s Pond, 9002 Bradley Road, Tallahassee, Florida. A Mass of Christian Burial will be held at a later date at The Citadel Summerall Chapel in Charleston, South Carolina when his ashes are inurned in the Memorial Bell Tower Columbarium. In lieu of flowers, donations may be made in Ken’s memory to the Pancreatic Cancer Network by clicking here: https://secure.pancan.org/site/TR/DIY/DIYTeamraisers?px=3052204&pg=personal&fr_id=1081 OR to the Multiple Sclerosis Society in honor of his sister-in-law, Patricia Tkatch, by clicking here: https://mssociety.donordrive.com/campaign/Ken-Towcimak The family is being assisted by Skip Young and Jackie Fulford of Young Fulford Funeral Home and Crematory, Tallahassee, Florida. 850.610.4444 YoungFulford.com

The family of Kenneth Michael Towcimak created this Life Tributes page to make it easy to share your memories.