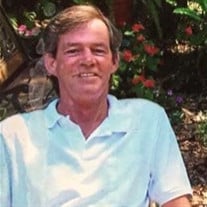 On February 26, 2021, Jerry William Bennett Sr. died in Holly Springs, Georgia after a long battle with throat cancer. He was 64 years old. He is survived by his children, Jerry William Bennett Jr. (granddaughter Kirstan) of Jacksonville, Florida, Sherrie Bennett (granddog Lola Jane) of Tallahassee, Florida, Terrie Bennett (grandchildren, Lejon “LJ”, Kyra, Marley, Ar’Moniee and Marleon Jr.) of Macclenny, Florida; and siblings Ann (Bob) Junk, Donald (Debbie) Bennet, Alice (Chris) O’Brian and Chuck (Cheryl) Bennett. He was preceded in death by his mother, Lena Bennett, sister Sylvia Richardson and brother Levi Bennett Jr. Jerry was born on February 10, 1957 in Douglas, Georgia where he attended high school and later earned his GED in Florida. Jerry spent the majority of his live in Jacksonville, Florida where he began his career in the tire business and worked his way up to sales. Jerry held various positions within the industry resulting in retail sales management. Jerry’s proudest accomplishment was his three children and I quote “you are the best thing that came out of my life. So let us have a party (no tears).” He enjoyed fishing, grilling and relaxing by the pool. Jerry was a jokester, life of the party, always wanting everyone to have a good time. Jerry also held a special place in his heart for his nephew Ashley House who was always there for him sharing good times and bad. At Jerry’s request, no memorial service or funeral will be held. The family asks that in lieu of flowers, have a drink in his memory. Cheers! The family is being assisted by Skip Young and Jackie Fulford of Young Fulford Funeral Home and Crematory, Tallahassee, Florida. (850) 610-4444 YoungFulford.com

The family of Jerry William Bennett created this Life Tributes page to make it easy to share your memories.

Send flowers to the Bennett family.