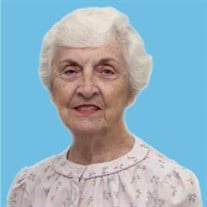 Dorothy Glazier Carr passed away peacefully at her home on February 19, 2020 at the age of 93. She was born April 14, 1926 in Stafford Springs, Connecticut to Anne and Clarence Glazier. Her father trained race horses and in 1948, she married a jockey, A. G. Carr from Felda, Florida. Following A.G.’s death in 1953, she found herself a single parent with two small children, Dwight “Dee” and Diane. She moved the family to St. Petersburg, Florida where she lived until 1972 when she moved to Tallahassee. Her son Dee was killed in a car accident in 1971. Diane graduated from FSU in 1973. Dorothy became an empty nester and decided to travel. She was able to work with an insurance firm that had offices throughout the US. She lived and worked in Tampa, Denver, Boston, Atlanta, and Grapevine, Texas, staying in each location for a couple of years. Dorothy enjoyed getting to know the people and the cultures in the various areas of the US. She also made many lifelong friends. After retirement, Dorothy moved to Delray Beach, Florida, an area that Diane had called home for many years. In 2000, she moved to Tallahassee where she remained until her passing. She enjoyed traveling, gardening, walking, spending time with friends, and so much more. She was active at the Ft. Braden Community Center and Bethel United Methodist Church. Dorothy was preceded in her death by her parents, her husband, A. G. Carr and her son, Dwight “Dee” Carr. She is survived by her daughter, Diane Carr, her sisters-in law, Elease Ray and Faye Carr as well as numerous nieces and nephews. Family will receive friends on Saturday, February 29, 2019 at the Bethel United Methodist Church, 1470 Bethel Church Road, Tallahassee with memorial service to begin at 11:00 a.m. Donations in memory of Dorothy G. Carr can be made to Big Bend Hospice at 1723 Mahan Center Blvd., Tallahassee, FL 32308 or Bethel United Methodist Church at 1470 Bethel Church Road, Tallahassee, FL 32310. The family is being assisted by James Sircy and cared for by Jackie Fulford at Young Fulford Funeral Home and Crematory. (850) 610-4444 YoungFulford.com

Dorothy Glazier Carr passed away peacefully at her home on February 19, 2020 at the age of 93. She was born April 14, 1926 in Stafford Springs, Connecticut to Anne and Clarence Glazier. Her father trained race horses and in 1948, she married... View Obituary & Service Information

The family of Dorothy Glazier Carr created this Life Tributes page to make it easy to share your memories.

Dorothy Glazier Carr passed away peacefully at her home on February...

Send flowers to the Carr family.