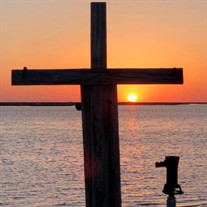 Caroline Garrett Wills passed away on May 25, 2022 at the age of 99, in Tallahassee Florida where she came to live close to her daughter, Ellen. She was born on December 6, 1922 in Columbus, Georgia to John H. Garrett and Caroline Roberts Garrett. Her father passed away about two months before she was born, and her mother raised her and her two brothers with the help of her own parents. Caroline was so proud of her two brothers. Her oldest brother, George Garrett, served as a pilot in World War II and was at Wheeler Field in Hawaii when the Japanese attached Pearl Harbor. Her second brother, Spencer R. Garrett, served a pilot in the Navy in World War II and authored a book about his experiences. When Spencer left the Navy, he and his wife settled in Lakeland, Florida and raised their three children. Caroline moved to Lakeland to be close to Spencer, and raised her only child, daughter Ellen there. She was a member of the First United Methodist Church in Lakeland, Florida and active in Homebuilders Sunday School Class. Caroline devoted her entire career to the Florida Tile Industries and the Sikes Family that owned the business. She worked for them for over 52 years and did not retire until she was 92 years old! She enjoyed reading, was a devout Christian woman, and lived a life that was very fulfilling to her. She is survived by her daughter, Ellen C. Hyatt; niece Lynn Garrett Schoening (and son Adam); nephews John M. Garrett, Hudson Garrett (and his family), and Alex Garrett (and his family); and stepdaughters Margaret Collins (and her family), Dorothy Bradley (and her family), and Wilma Selph (and her family). She was preceded in death by her husband Richard B. Wills; parents Caroline Roberts Garrett and John H. Garrett; brothers Dr. Spencer R. Garrett and George W. Garrett; and nephew Spencer R. Garett, Jr. Caroline made an incredible mark here on hearth. May she rest peacefully for eternity in Heaven. There will be a Celebration of Caroline’s life at a later date. The family is being assisted by James Sircy and Jackie Fulford of Young Fulford Funeral Home and Crematory, Tallahassee, Florida. 850.610.4444 YoungFulford.com

Caroline Garrett Wills passed away on May 25, 2022 at the age of 99, in Tallahassee Florida where she came to live close to her daughter, Ellen. She was born on December 6, 1922 in Columbus, Georgia to John H. Garrett and Caroline Roberts Garrett.... View Obituary & Service Information

The family of Caroline G. Wills created this Life Tributes page to make it easy to share your memories.

Send flowers to the Wills family.