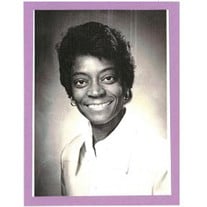 AMY LOUISE BROWN Amy Brown 90, of Tallahassee, Florida died June 4, 2020. Amy Brown was born in Pittsburg, Illinois and as an extremely talented youngster she began her piano study giving regular piano recitals that continued throughout her career. Her undergraduate education began as a scholarship student at Carnegie University of Music and Oberlin College (1945-1948) before she completed her undergraduate studies in music at the School of Fine and Applied Arts, Boston University in 1963. This was followed by graduate studies at New York University in 1965. After completing studies at NYU, Brown received her master’s and doctorate from Teachers College, Columbia University (1971), where she served as a guest lecturer before joining the Florida State University faculty in music education (1974). Brown studied piano extensively and as a teacher specialized in elementary music methods for both music majors and non-music majors, class piano, studio piano, and the introduction of music for non-music majors. Aside from Amy Brown’s professional music roles. Brown was a Licensed Clinician and research assistant in cytology at the Free Hospital for Women, Brookline, Massachusetts, Needharm, Massachusetts, Presbyterian Hospital, New York, City where she worked while studying at Columbia. As a teacher Amy taught at the elementary, high school, and college levels. At FSU she was a highly recognized professor, serving on numerous university committees and being very active in faculty governance. As a beloved professor she received FSU’s Outstanding Teacher Award among other accolades across the years. Many thanks are given to the people at Harbor Chase Assisted Living Facility who attended to Amy Brown for many years preceding her death. Amy Brown will be fondly remembered by her many students and friends over the years, especially Alice-Ann Darrow, who continued to visit with her on a regular basis and kindly watch over her. She was also under the loving care of Clifford and Mary Madsen. Amy Brown was preceded in death by her mother, Modlee Swan, sister, Edith McNeil (Henry), brother, Ralph Swan (Armetta). She is survived by her sister-in-law, Armetta Swan, nieces, nephew, and their children. Arrangements are being made by Skip Young, and care is being provided by Jackie Fulford at Young Fulford Funeral Home, Tallahassee, Florida.

The family of Amy Louise Brown created this Life Tributes page to make it easy to share your memories.

Send flowers to the Brown family.